Maui Here We Come...10 days of bliss on Kaanapali Beach 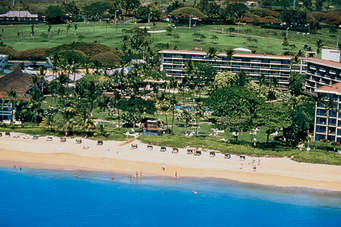 Is there ever a real vacation when you’re in the entertainment biz? Maui, here we come, but I know it won’t be all play and no work for this entertainer. I’m going to be shmoozing and selling my latest Las Vegas show, Frank … A Musical Journey because I can’t spend all my time enjoying the beautiful Kaanapali Beach.

How can you not love Hawaii? Frank seemed to, next February will mark the 27th Frank Sinatra Celebrity Invitational golf tournament, “dedicated to the memory and music of Frank Sinatra.” It’s an important fundraiser for the Barbara Sinatra Children’s Center for Abused Children.

“The Voice” may be able to associate his comeback to the islands, but I’ll get to that in a moment because it wasn’t always golf, warm waters and sunshine for the crooner in this paradise – in 1964 during a break from filming, and making his directorial debut in, “None But the Brave” he almost drowned after being swept out to see by the water currents. The movie’s co-star Brad Dexter had to save him, a feat that earned the actor a Red Cross medal for bravery.

Now, the reason for Ol’ Blue Eyes comeback was due to another little Hawaii-filmed 1953 movie called “From Here to Eternity.” Frank’s role as Private Angelo Maggio would garner him an Oscar for Best Supporting Actor at a time when his career could not have gotten any lower. One has to wonder, what would have happened without “From Here to Eternity?”

Of course, his 1958 album, “Come Fly With Me,” features his version of what is likely the most famous song pertaining to Hawaii – “Blue Hawaii.” The song was originally written for Bing Crosby and his film, “Waikiki Wedding” then made famous with Elvis Presley’s title track to the movie, “Blue Hawaii.”

The Paradise of the Pacific is a fun place to be, even if you have a put in a few hours in a labor of love.