Why You Should Rock a Bowtie Like Rick Michel 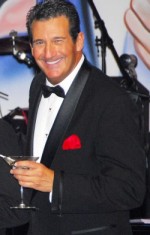 Bowties are the neglected child when it comes to the neckwear family. At that moment of preparation for an important event when you need to tie one on, be it for work or play, this particular option is rarely considered.

When thinking of Rat Pack members, there is certainly that sense that the cliché, every woman wanted to be with them and every man wanted to be them, applied. Clichés are usually clichés for a reason – they are true. They were the cool kids and if you look up some old photographs, their fashion choice was often bowties. And who doesn’t want to be thought of as one of the cool kids?

Following Rat Pack style, the millennial generation is catching on to the bowtie. With New York Fashion Week running September 5th to the 12th and all eyes on the Big Apple for its fill of fashion, designers will be featuring this malaligned neck garment.

This year’s Vanity Fair’s Best Dressed Men in the World features Justin Timberlake, who not only has no fear of bowties, but has also recently announced he has collaborated on a song with NAS and Jay Z called, “Sinatra in the Sands.” Justin is this generation’s big leaguer, so these little tidbits are much more than coincidence.

The most memorable impressions are made by those who stand out from the crowd and to be successful, you need attitude. Frank understood this when he said, “Cock your hat – angles are attitudes,” and it may be a pretty safe bet that he would agree that bowties share this attribute with the cocked hat.

Rick Michel knows all about the bowtie and its fashion importance, which you can see for yourself when you catch one of his live Las Vegas shows. Rick will be in Columbus, Ohio on September 7, 2013 for DRINKIN’ – SINGIN’ – SWINGIN’ and in Shreveport, Louisiana for two nights of Frank and Dean Together Again September 20 and 21, 2013.

So, bowties are the obvious choice if you want to be considered a sharp, beetle attracting fashionista. Don’t be a Harvey.