What is Sinatra Used For? 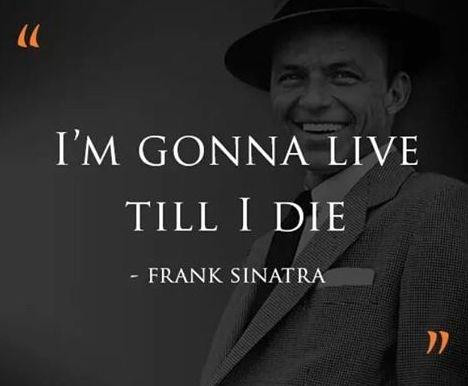 I put Frank Sinatra’s name in Google the other day and something interesting happened; besides the usual suggested searches, such as “What happened to Frank Sinatra,” and “What kind of music is Frank Sinatra,” this powerful search engine suggested, “What is Sinatra used for?”  That both intrigued and confused me.  What do you mean, “used for?”  Ol’ Blue Eyes wasn’t a hammer or a blender, you didn’t “use” him.  So, I clicked on the suggestion and found out something rather interesting: Sinatra is a new type of software.

Now, I’m not going to pretend to know a whole lot about computer programming, but Sinatra is a domain-specific language, open source software web application library - a program that’s used to build web pages.  It’s even free.  It’s been in development for years, but the stable release was just last year and it’s already quite popular.

Reading further, the impression I got of Sinatra is that it’s very suitably named as it appears to be rather unpretentious in its design and application, but is still very powerful.  Doesn’t that sound a lot like the man?  The developers even chose a Sinatra-style fedora as the logo for the brand.

Also, interestingly, the suggested search before this one was, “What is the meaning of Sinatra?”  If you click on that one, you find out some information about his surname from ancestry.com: “Italian: from a personal name borne by both men and women in Sicily and southern Calabria. The name was apparently in origin a nickname from Latin senator member of the Roman senate (Latin senatus, a derivative of senex 'old'), which later came to be used as a title of magistrates in various Italian states.”

Wasn’t this an informative little read?  We’ve learned about computer programming and Italian history.  We’ve also realized that Frank Sinatra continues to inspire generations across a vast array of genres.