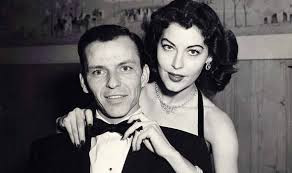 I wrote about songs that reference Frank Sinatra before, there are many, but I was recently listening to a couple of other very interesting mentions of Ol’ Blue Eyes by two very different, but significant song writers, Lou Reed and Suzanne Vega.  The two songs have decades between them, but both, just like both of the artists, are very relevant today.  Let’s have a look at “New Age” by The Velvet Underground and “Frank & Ava” by Suzanne Vega.

There are actually two versions of “New Age” with very different lyrics; the less negative of the two contains the line, “It seems to be my fancy to make it with Frank and Nancy,” which would seem to be a reference to the hard-living singer’s bisexuality.  Reed, who died in 2013 from liver disease, penned “New Age” for the 1970 album, Loaded.  A version released in 2001 is worth noting as Tori Amos covered it for her album, Strange Little Girls, where she took prominent male-sung songs and gave them a female voice.

Suzanne Vega is a very good story teller, perhaps best known for her 1987 hit single, “Luka.”  For “Frank & Ava” she tells the story of the tumultuous relationship of The Voice and Ava Gardner, his second wife.  It contains insightfully powerful lines such as, “It didn't mean she wasn't queen, Of the tinderbox that was his heart,” and “She says, I love you Frank and then they drank, all night. What a fight.”  The lyrics beautifully and succinctly capture their time together and the song ends with the line, “Now we know, that it's not enough to be in love.”

These two artists were smart enough to reference an icon, someone actually identifiable by one name whether it was the ‘70s or today.  It’s almost as if part of Frank was still with us.