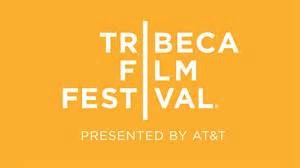 A trio of organizers, including Robert De Niro, formed the Tribeca Film Festival in 2002 as a rallying response to the September 11th, 2001 attacks on the World Trade Center. The festival has been a smash hit, now drawing 3 million people to celebrate film in the great New York, New York. This year’s festival runs from April 15th to the 26th and, like so many across the world, is honoring the 100th anniversary of Frank Sinatra’s birthday.

Specifically named, “Sinatra at 100: Film & Music in collaboration with The Lincoln Motor Company,” it features a blockbuster night April 21st with a screening of the digitally restored 1949 movie, “On the Town” followed by a music spectacular with musicians such as Tony Bennett and Brandon Flowers of The Killers, in addition to performances by New Jersey native tap dancer Savion Glover, Lea DeLaria, and more.

I find it interesting that it’s been rumored for some time that Robert De Niro could be involved in a Martin Scorsese film based on the life of “The Voice,” with De Niro playing Dean Martin and Al Pacino as Frank. That makes me wonder if De Niro’s festival could be foreshadowing something beyond Sinatra’s centennial celebration. I know I’d be thoroughly excited about such an undertaking. I’ve never thought of Pacino and Sinatra in the same light, but as soon as it was mentioned, I thought, “Yeah, I can totally see that!”

The difficult task would be writing a screenplay that could do justice to a life that large and fitting it into something feature film length. Perhaps it’s been on the back burner so long specifically because of this reason. How could you encompass all the vital parts of Frank’s story without leaving something significant out, or not covering an important moment in enough depth? It’s a daunting undertaking.

I’m getting geared up for my “Sinatra Forever” Concert in Kansas City on April 25th and thinking about the Tribeca Film Festival was the jolt I needed to keep the creative juices flowing. If you’re going to be in New York those dates, I envy you, it’s certain to be quite the show!