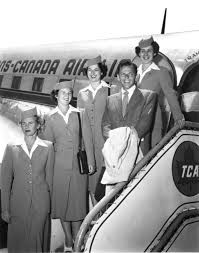 Canada is a wonderful country to tour and April in British Columbia should be a real treat when I perform three showings of A Night with Sinatra and Friends in a trio of beautiful west coast venues.

Nanaimo, The Harbour City, is my first stop April 3, 2017 where I’m looking forward to entertaining the crowd of The Port Theatre, an intimate, modern setting with some amazing acoustics - perfect for a trip back in time to the tunes of the American Songbook.  And there’s no way I can leave the city without having a real Nanaimo Bar!

I get to stay on Vancouver Island another night as I head south to Victoria, The Garden City, and the storied Royal Theatre.  There’s no question that I’m excited to channel Frank and his pals in such regal surroundings.  Victoria was first settled as a trading post for the Hudson’s Bay Company, a retail chain that operates a number of brands including Saks Fifth Avenue.

Then it’s a quick jaunt to the third largest metropolis in Canada, the bustling city of Vancouver for my April 5th show.  Keeping with the royal theme that’s so appropriate in the Great White North, I get to perform at the Queen Elizabeth Theatre, one of the largest soft-seat theatres in the country.  The Vancouver area has produced a number of pretty special musicians over the years, including a crooner you may have heard of, Michael Bublé.

Since A Night with Sinatra and Friends was so well received last year when I toured Canada, Annerin Productions and I made it a priority to return for another round of shows and I couldn’t be happier.  After these west coast performances, I’ll be heading east for five shows in Ontario - stay tuned for more adventure!