The Presence of Dean Martin 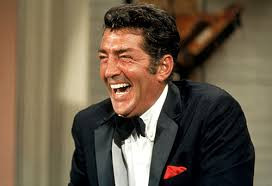 Dean Martin was a funny man.  Sure, when you think of the Rat Pack, the first word that comes to mind is, “cool,” but part of their appeal was the comedy they brought to every routine that seemed to draw its power from the chemistry they had together.  I’ve noticed some of that same charisma can even be drawn from his material when I perform on stage - there’s a powerful comedic influence to just acting like Dean Martin.

Sure, when “funny” and Dean Martin are mentioned, the larger-than-life antics of Jerry Lewis may come to the forefront for many, but those familiar with comedy recognize that Dean’s quiet, self-assured demeanor was genius - even when Martin and Lewis were starting out, the act relied largely upon improvisation, and that takes an intuitive sort of talent that really can’t be taught.

When I channel into Martin when I’m on stage, perhaps with a martini glass in my hand, I can sense the anticipation in the room - everyone knows a laugh is coming and they just can’t wait until it’s delivered, and even if they’ve heard the joke before, it’s still of a caliber that brings the house down.

“I feel sorry for people who don't drink. When they wake up in the morning, that's as good as they're going to feel all day.”  That’s funny stuff, the kind of material that’s the opposite of the Three Stooges type of in-your-face humor - it’s comedy for thinking people.

I recently posted a video from my Canadian tour that illustrates Martin’s draw nicely; it was from my show in Edmonton, the final stop, and as with the other venues, there were young and old in the crowd - those reminiscing on and some discovering the classic comedic swagger that was Dean Martin.  It’s nights like those that make me very happy I’m doing what I’m doing.