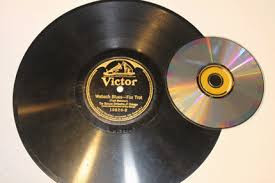 Are you one of those people that prefers popping a vinyl record on a turntable and sitting back to enjoy the sounds of Ol’ Blue Eyes or Dino over the convenience of a CD or even streaming the music over the Internet?  You’re not alone.  And it’s not an age thing either; in fact, millennials have embraced vinyl as an art form, something pure and unmolested that can be savored like that aged whiskey that should always accompany a Sinatra album.

Many thought this “vinyl thing” would turn out to be a short-lived fad, something to be abandoned after the next cool trend surfaces, but the LP has not gone the way of collecting Pokémon as you tumble off a cliff (remember that?).  This is substantiated by the recent announcement that Sony will begin pressing records by March of next year.

That’s right, the big voices and personalities of Adele and Beyonce - Adele was one year old when Sony stopped vinyl production in 1989 - will likely release their next albums the same way Elvis and The Voice used to.

Sony, along with Philips, were instrumental in bringing the CD to market.  Sony first presented an optical digital audio disc at the 1977 Audio Fair.  The rest, as they say, was history - or so everyone thought.  Now streaming music is pushing out the physical CD and the masses are clamoring for vinyl.  What a fickle world we live in!

There’s no question that there’s an irreplaceable nostalgia about queuing your favorite artist on a turntable - it makes you slow down and experience the music the way the artist meant; you really do seem to appreciate the songs more.

So, which is it for you? Vinyl or something else?  And which would be the best Frank Sinatra album to play on a turntable?  I know I’d choose something romantic.