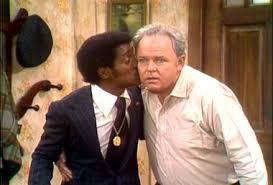 Spending three months working Sammy’s Showroom, Harrah’s Reno gives you opportunity to reflect on the career of the man who was “arguably the greatest entertainer that ever lived,” as Larry King once said.  While there were some enormous hurdles Mister Show Business had to jump and devastating setbacks to overcome over the course of his life, his unbridled affection and humor would shine through.  I thought I’d share a few “firsts” that he was able to give the world simply because he was Sammy.

Sammy Davis, Jr. had a unique way of tackling the heaviest of subjects, offering a grace and gentleness that most people couldn’t pull off.  While much of his ability was likely the result of having to deal with race and show business issues from such a young age - his career began at the age of three - I’m convinced he possessed an innate gift that others had to work to develop, and often failed.

The first “first” sounds pretty mild in today’s world, but 1967, nearly fifty years ago, was a different time.  On Nancy Sinatra’s television special, Movin’ with Nancy, Sammy and Frank’s daughter shared an amiable peck after a pretty cool skit and it turns out that it was the first interracial African-American kiss to occur on US television.

Sammy didn’t let his lips stop there, in 1972 he took part in one of television’s greatest comedic scenes when he exited All in the Family with a kiss to the cheek of Archie Bunker, played by Carroll O’Connor and this turned out to be the first African-American male kiss on US network television.

Another first took place in 1973 when Sammy and his wife, Altovise were invited by President Richard Nixon to be overnight guests at the White House, becoming what is believed to be the first black couple to do so.

Sammy Davis, Jr. achieved a lot during his life and these “firsts” barely touch the surface, but everything he did, he seemed to do with class.  I’m very grateful for having had the chance to work in Sammy’s Showroom, celebrating the venue’s 50th anniversary and reflecting on the extraordinary life of an extraordinary man.