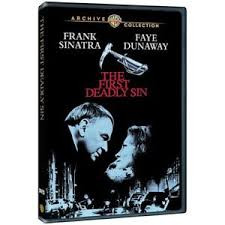 In 1987 Frank Sinatra performed his last major acting role; if you know what that role was, you must be a true die-hard fan because it definitely wouldn’t be a likely first, or second, guess.  His last major film role was in the 1980 movie, The First Deadly Sin, but in ’87 he guest starred in a two-hour special episode of Magnum, P.I. and if you think there’s a story surrounding this appearance, you’re correct.

Sure, Ol’ Blue Eyes looked a little older, but he didn’t show his age while playing a retired New York City cop who is out for vengeance because his granddaughter was brutally murdered with the killers fleeing to Hawaii.  True to Sinatra’s style, it’s a forceful performance as he showed off some of those abilities that won him Academy Awards.

Apparently it was Frank that really wanted to be on the show, so when he was contacted to be asked what sort of role he’d like to play, he replied, “I don't know, just make sure I get to beat somebody up.”  What’s more, he offered to appear for free… sort of.  He waived his fee, telling them they’d only need to cover his expenses, which ended up totalling a paltry $250,000.

The episode turned out to be the highest rated in over two years for Magnum, P.I., prompting CBS to renew it for another season even though Selleck had committed to three movie roles.  Sinatra even agreed to appear in another episode as the same character if schedules would allow it, but unfortunately that never happened.

Watching the episode today almost brings tears to my eyes, Frank’s that good.  Plus, it shows how he’s missed and how badly we could use someone today as special as he was.