Sinatra’s “What’ll I Do” 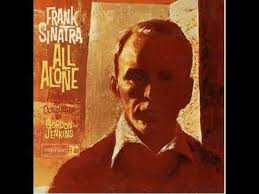 Anyone can attract attention by yelling, but it takes immeasurable talent to make someone stop and listen with a soft voice; Frank Sinatra could do this and there’s a song that highlights this uncommon ability that isn’t one people normally think of when talking about the best Sinatra singles - What’ll I Do.

The Irving Berlin tune was written in 1923 for his Music Box Revue and was originally performed by Grace Moore and John Steel.  From that year on it was recorded by more big names than I care to list, beginning with silver screen legend Walter Pidgeon in 1924 through Bob Dylan in 2015.  It has consistently been recognized as one of those standards that can set a mood without anyone even realizing they’re being drawn into the song’s lyrics and melodies.

Subtle-yet-powerful music is imperative to the success of a movie and “What’ll I Do” played major roles in 1974’s The Great Gatsby and the 1991 film, The Butcher’s Wife.  It was the theme song for the British sitcom, Birds of a Feather and was used for the final scene of the season five finale of the sitcom “Cheers” - you remember, when Diane and Sam’s romance ended with her leaving; that was television history.

What’ll I Do appeared on The Voice’s 1962 album, “All Alone”.  If you ever need to practice your waltz, this is the CD to play.  I have a soft spot in my heart for reflective songs that encourage emotion.  That’s probably why I’m so proud of my own composition, “Witness to My Journey”, which is now available on your favorite music sites.

There’s just something special about songs that can bring out memories while still making you feel good about the future.  “What’ll I Do” may not be the first Sinatra song you consider when wondering what to play, but I can guarantee it won’t disappoint.