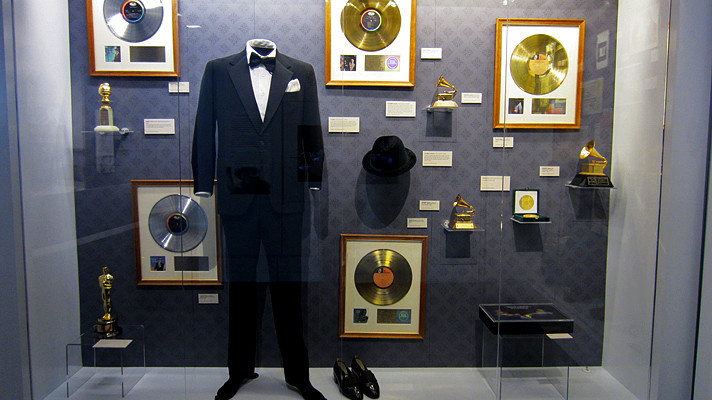 During those decades, if you were to ask a housewife, construction worker, or a high school teen who their favorite singer was, you would likely get the same answer – Frank Sinatra, and it wouldn’t sound strange.  Sure, there are moms and dads today who’ll say they like Taylor Swift or One Direction, but after you give them that “weird look,” you’ll realize they don’t mean that they are their preferred artist, they are really saying, “Their music isn’t too bad.”  That’s a lot different.

In a 2004 PRI recording of The Next Big Thing, Irish author Nuala O’Faolain reflected on what Sinatra meant to her family when she was growing up, saying, “he was the only person that was liked by all of us.”  She continued, “That he [her father] and my mother and all of us agreed on the perfection of Francis Albert, that was the equivalent of, in the olden days, all of us playing the fiddle together.”

As she became a teenager and was introduced to Elvis singing Heartbreak Hotel in 1956, she said, “That was the end of, as it were, multigenerational tastes.”  Rock ‘n’ Roll and subsequent artists would divide the musical relationship between parent and child.  “Before that there was just this one time when every age could share the icon of Sinatra, Ol’ Blue Eyes, as he was called in America and was not called in rural Ireland.”

That’s a rather sad thing to realize.  Yet it speaks volumes on just how great a singer Frank was to be able to appeal to any age and be recognized for his vocal ability.  It’s unlikely we’ll see another artist to ever bridge that gap again.