Sinatra Was My Idol 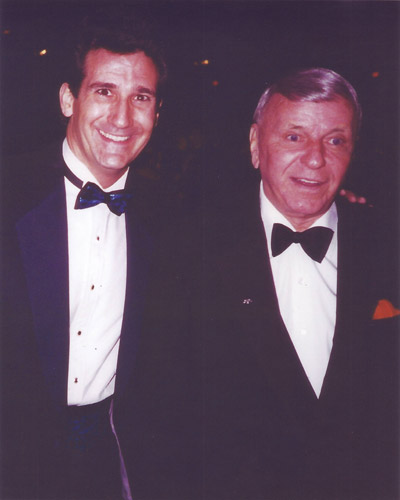 When you’re talking about someone, “idol” is a strong word to use. Saying, “I liked him,” “I looked up to him,” or even, “he was my favorite,” is a great compliment, but when a person says, Frank Sinatra “was my idol,” that’s significant. With that in mind, let’s take a look at some pretty famous individuals who have said just that.

I’ve written about the great Tony Bennett and the influence The Voice had on his life and career. Bennett is quoted as saying, “He was 10 years older than I was and he was my idol, and when he announced that I was his favourite singer, it made all of his fans come and check me out. I've been sold out ever since.” That’s some endorsement Bennett received.

I’ve also told the story about how the song My Way was written for Frank by Paul Anka. When speaking about the Rat Pack and how he became an honorary member, Anka said, “The king of this playground was my idol Frank Sinatra.” There’s that word again.

One of Britain’s most popular singers, Dame Shirley Bassey said something in a similar vein, “Frank had the most unusual voice: it was like an instrument, he could hold a note for so long. He was my idol and I learnt so much from him.” Ol’ Blue Eyes’ influence extends beyond this continent.

It’s not only singers that speak so highly of Sinatra; the great director Martin Scorsese said that Frank was, “my idol as a great Italian-American.”   Being respected because of how you represent your heritage is a huge compliment and it’s further emphasised by actor Tony Danza when he said, “he was my idol growing up and my mom was a Bobby Soxer at the Paramount Theatre.”

Whether it’s your dad, your mom, someone in the community, or even a celebrity, idols are an important part of growing up and I’m glad to be included in the list of people with an idol as great as Frank Sinatra, the original American Idol.