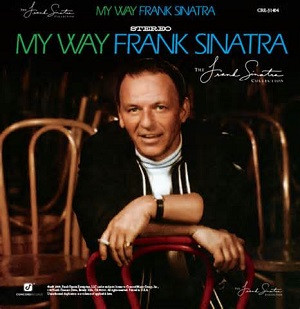 “Regrets, I’ve had a few,” that iconic line from Frank Sinatra’s “My Way,” automatically sets the mood for reflection, a practice we partake of as the clock winds down on another year. While I ponder personal misgivings (my furry Bullwinkle hat comes to mind!), I can’t help but wonder what “The Chairman of the Board” himself may have considered a regret.

With a life as rich and spectacular as Frank’s, the next line of “My Way” was likely accurate – “but then again, too few to mention,” – but it is likely safe to assume the contract he signed with Tommy Dorsey that caused him so much grief and even set the stage for those mafia connection rumors would be considered a regret.

Frank’s reputation concerning women is now pure legend, but given how absolutely smitten he seemed with his final wife, Barbara, I think it’s pretty safe to assume that not having even more of his life to spend with her would have been a regret, even though she was the lady he was married to the longest.

I even have to wonder if “The Voice” would have considered “My Way” itself to be regret, because it became such an anthem for him, his daughter Tina has stated, "He always thought that song was self-serving and self-indulgent. He didn't like it. That song stuck and he couldn't get it off his shoe."

And what would he think about the “My Way Killings?” In the Philippines there have been at least six, if not more, killings after the song was sung in karaoke bars in the past decade in that country. It is such a problem many of the bars have taken the song off their play list and it even has people debating whether it’s the song itself or the culture that causes this violence.

Everything aside, there’s still little doubt that Mr. Sinatra was pleased that when he faced that final curtain his life had imitated art all those times he crooned, “I faced it all and I stood tall; And did it my way.” Happy New Year, my friends.