Sinatra Sings in the Movies 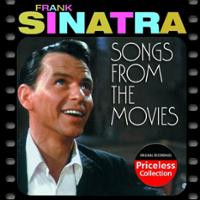 Movie soundtracks seem almost as important as the movies themselves in some cases and there’s no denying how critical the selected music is both to set mood and as a revenue stream. The relevance of Frank Sinatra’s music is evident as he continues to set the scene in big box-office blockbusters today.

In 2014’s Robocop, a remake of the 1987 film of the same name, a pivotal scene takes place where Joel Kinnaman’s character is awoken to begin life as a cyborg. He’s in a dream-like state dancing to a romantic song at a party with his wife to Sinatra’s Fly Me to the Moon before being torn away into his chaotic reality. The choice is perfect because they needed to project the loving bond between husband and wife in order to cement the abruptness of his new existence. It’s a great scene, made extra special by the black and white video appearance of The Voice himself.

Of course, when you’re attempting the rom-com of the year, with leading ladies like Cameron Diaz, Kate Upton, and Leslie Mann, you don’t cheap out on the music – you go for the best and when said movie is set in New York, well, Sinatra’s own New York, New York is a must-have. As with many romantic comedies, The Other Woman may not have been a critical success, but it delivered at the box office, which indicates those in charge did something right.

Has there been any bigger hype for a movie in recent memory than with 50 Shades of Grey? When you’re calculating the formula for a spectacle that is pure sensuality, the correct soundtrack is paramount. With a healthy dose of the taboo, Sinatra’s Witchcraft was a crafty choice. They seem to have succeeded with the music, since the Fifty Shades soundtrack has been referred to as “one of the best albums of 2015.”

Sinatra’s songs amplify emotion, especially love, which is why he remains the go-to guy for soundtracks, even today.