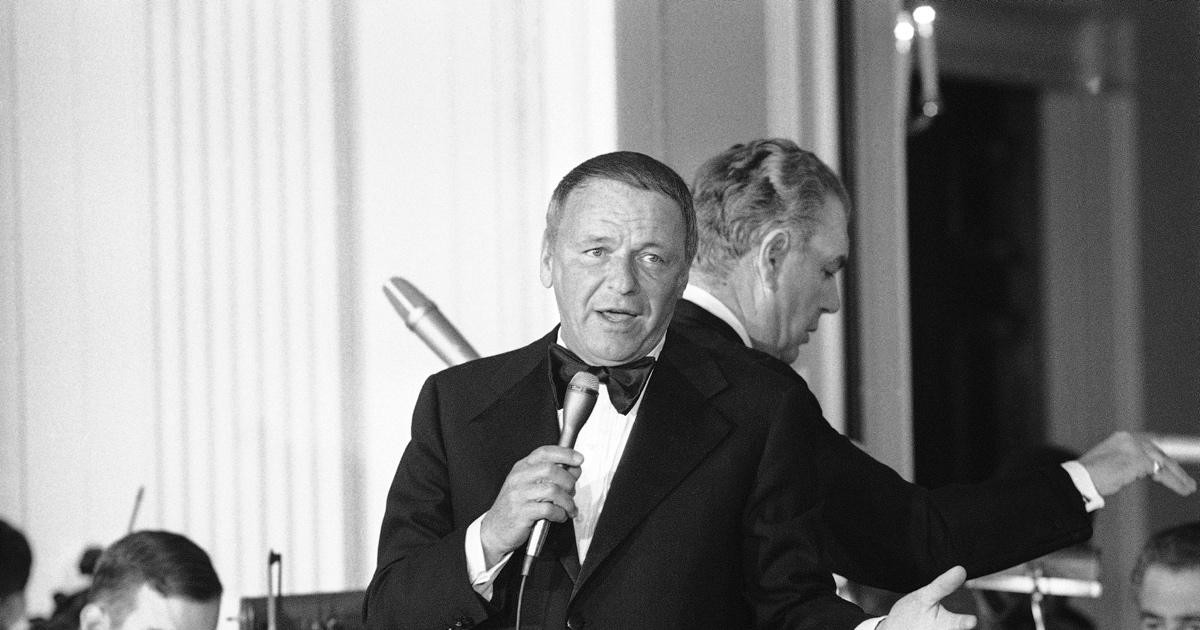 Frank Sinatra was no stranger to the White House, yet his visit there to perform on April 17, 1973 for a State Dinner welcoming Italian Prime Minister Giulio Andreotti appeared to be something really special for the singer.  He did ten songs, a mini-concert arranged to impact everyone lucky enough to be in attendance, and nobody left that historic building disappointed.

The visible appreciation began when President Richard Nixon introduced Ol’ Blue Eyes, saying Sinatra was “a man whose parents were born in Italy but yet from humble beginnings went to the very top in entertainment,” and the ovation he received brought tears to those eyes.

His first song was You Make Me Feel So Young, and he added a marvelous mix after that, including I’ve Got You Under My Skin, Fly Me to the Moon, and Try a Little Tenderness, a song I had to share on Facebook earlier this week because of the ease he showed with such a special audience.

He upped the ante by singing Ol’ Man River, a tune that’s always emotional when done right, and closing with The House I Live In, an anti-racism song from the short film of the same name that earned The Voice an honorary Academy Award in 1946.  Those two songs make quite the statement together and I can’t help thinking about a fantasy duo - the man who made Ol’ Man River famous, Paul Robeson, with Sinatra singing this pair of iconic songs.

It was reported that Sinatra took home the evening’s dinner menu, his place card, and matchbook as souvenirs and I can’t blame him.  When you’re involved in something as important and moving as this White House performance, you need a memento.

I’ll probably need a little something as a souvenir when I hit the Arnold Barnett Ball with the Paul Wagner 17-piece Big Band Orchestra Saturday for the thirteenth year.  Hope to see you!