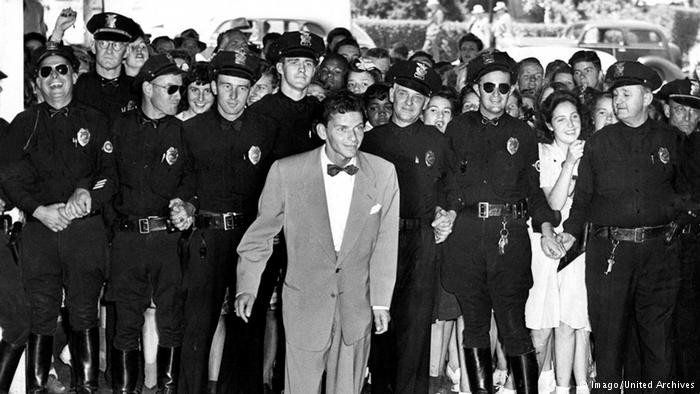 The anniversary of Sinatra-mania essentially took place December 30th since it was his concert at the Paramount Theater in 1942 that forced many to notice the way his fans reacted to him – with utter pandemonium and unabashed exaltation. Young ladies screamed, stamped, swooned, and fainted in his presence as the hysteria of seeing him perform took over.

It wasn’t just the girls that took notice though. Marketing executives who once thought their dollars were best spent aimed towards thirty to fifty year olds quickly realized that teens could control the music industry. Remember, this is before rock-n-roll, in fact, Sinatra’s status likely paved the way to the creation of rock-n-roll, even if he wasn’t particularly fond of the genre.

In 1944 the magazine Seventeen was launched telling its young, female readership, “You are the bosses of the business.”

Ol’ Blue Eyes really was the catalyst to something the world had not witnessed on such a scale. When he returned to the Paramount in October of 1944, the unprepared public would see the Columbus Day Riots unfold before their eyes as police had to be called to deal with the thousands of hysterical fans who just wanted to see their idol in person.

2016 is brand new and that means another year of celebrating Frank Sinatra and all he’s contributed to American culture. I wish all of you the best year ever!