Rick Michel is currently developing one of the biggest projects of his career. 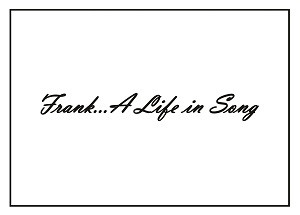 Rick Michel is currently developing one of the biggest projects of his career. In 2014, he plans to debut a show called Frank...A Life in Song, chronicling the legendary entertainer's journey. This on-stage retelling of Frank's history will be illustrated with classics like "Let Me Try Again," "The House I Live In," and "All or Nothing at All." Audiences will learn about some of the most pivotal people in Frank's life, such as Bing Crosby, Dean Martin, Sammy Davis Jr., and Barbara Marx.

Rick will detail how his life was changed by this performer's music and life. His mother was an original bobbysoxer, raising Rick with songs like, "You Make me Feel so Young." Rick cherishes these memories, and hopes to pass down the inspiration of Frank's music to new generations. This new show is an ode to the struggles and achievements of a world-renowned entertainer. Audiences will learn more about the peak of The Rat Pack during the 60's, a hallmark period of change in show business.