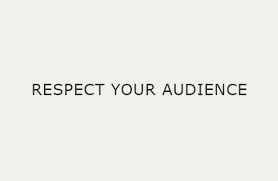 New Zealand was amazing. The Civic Theatre in Auckland is a gem and the people under that roof were true Sinatra enthusiasts, which make all the kind words mean even more. I was forwarded the reviews on the Ticketmaster website and was blown away to find four pages of accolades. One person said, “I closed my eyes and Frank Sinatra was performing on stage.” Another wrote, “Excellent performance, I could have been in Las Vegas seeing the real show, get them back for another show next year!!” I loved this one too, “On a cool evening in Auckland it was nice to see and hear such a hot show at the Civic. The Frank Sinatra Centenary Celebration was superlative entertainment lead by singer Rick Michel direct from Las Vegas where Sinatra had so many successful engagements.” That’s just a sampling, but the response was overwhelming.

I was honored to meet a fan, Pam, after the birthday show at the Santander Performing Arts Center in Reading, PA who wrote on Facebook, “What a FANTASTIC way to celebrate Frank's 100th Birthday, which actually is TODAY!!! So, the Performer, Rick Michel, asked the audience to sing "HAPPY Birthday" (along with him) to Frank tonight!!”

I can’t begin to express how much I appreciate everyone who took the time to tell me about their experience with Sinatra Forever and all those who took in the show. Remembering Frank via my personal interpretation is what I love to do, but it sure makes it a whole lot sweeter when you love it too. Thank you.