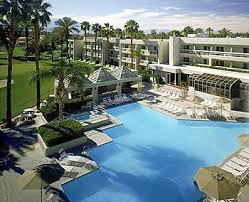 Talk about a venue rich in inspiration, history and tradition – Sun City Shadow Hills is my kind of place to entertain with a production of my Las Vegas show, Drinkin’ – Singin’ – Swingin’!

Frank Sinatra Drive is mere minutes away, as well as a place I love, the Indian Wells Resort Hotel, developed by two entertainment legends, Lucille Ball and Desi Arnaz in 1957. Frank had Lucille Ball set for the iconic Manchurian Candidate film, but the director insisted upon Angela Lansbury instead, and I have to admit, you couldn’t go wrong with either actress. I always enjoy stopping by their restaurant and lounge, Frank’s Place to get myself into that Rat Pack mood.

Indio, California, the setting for Sun City Shadow Hills, is the City of Festivals. If you want a varied assortment of entertainment you’ll find the wildly popular Coachella Music Festival and the city is the best place in the world to find a date – I’m talking about the fruit because Indio is home to the National Date Festival. If you’re looking for a hot little tamale, come for the Guinness record holder for the world’s largest tamale festival, the Indio International Tamale Festival.

Indio is playing host to the Frank Sinatra Celebrity Invitational golf tournament this weekend, a world-class event that raises money for the Barbara Sinatra Center for Abused Children.

I hope you were nearby last night as I had a great time performing at The Nest Restaurant, a fabulous place for food and music since 1965. It is owned now by Dodi and Kevin Henry and has a rich history, feeding and entertaining many celebrities over the years.

Drinkin’ – Singin’ – Swingin’ is going to be in top form with the marvellous Ken Dahleen leading a seven-piece big band backing Dean Martin, Frank Sinatra and Sammy Davis, Jr. I always love these shows and if you’re lucky enough to have a ticket, I’m certain you will too.