Rat Pack Cool in the Movies 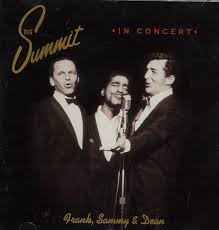 Rat Pack members personify cool because they didn’t have to act – they were cool without trying.  The swagger of Frank Sinatra, the calm wit of Dean Martin, and the confidence of Sammy Davis, Jr. was innate.  This is why references to these icons, and the movies they made, can be found in films by successful directors and screenwriters today.

The current king of cool on the silver screen is Quentin Tarantino.  His fast, slick, over-the-top characters exude qualities that draw us to them and the main feature in each movie is “cool.”  His debut feature-length film, Reservoir Dogs opens with a tribute to the Rat Pack in Ocean’s Eleven, another heist movie.

The 1996 comedy, Swingers pays homage to both these films and director Doug Liman has been able to capture his own sense of “cool” with the Bourne films and actor Matt Damon.

Film history students are no doubt familiar with the works of French director Jean-Luc Godard and his ability to harness that same je ne sais quoi.  His classic 1963 movie Le Mepris, or Contempt in English, featuring Brigitte Bardot, Michel Piccoli, and Jack Palance has a scene reminiscent of Dean Martin’s 1959 movie Rio Bravo with John Wayne and Angie Dickinson – you know the one, in the bath with his hat and cigar looking, yes, cool.

The men of the Rat Pack influenced movies because of one trait: cool.  Of course they were great actors with a lot more than that to offer, but those that make films today will continue to try and snatch that one quality for the characters they create.