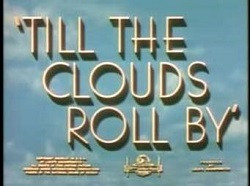 Is there any greater song than “Ol’ Man River”? I know there are many, many spectacular compositions, but when you combine lyrics, meaning, emotion, symbolism and melody are there any that are able to measure up to this song that has taken on a life of its own?

“Ol’ Man River” was penned by Oscar Hammerstein and Jerome Kern for the 1927 musical, Show Boat. Although the song was written with the great bass-baritone singer Paul Robeson in mind, due to his unavailability “Show Boat” opened with Jules Bledsoe in the role that would perform the number.

Of course, it would become Robeson’s signature song, with him altering the lyrics over the years to deliver the message he believed was important to hear. The man’s personal story and life would give the song a dimension nobody would ever be able to equal.

For anyone familiar with the song, it may be surprising to learn that it was Bing Crosby who had the first hit with it. His version was a high-tempo number that greatly contrasted with the musical’s, which, in my opinion, causes it to lose a lot of the meaning.

Frank Sinatra’s version is undoubtedly one of my favorites. In Franks 4th major motion picture “Till the Clouds Roll By” is where he wore a white tuxedo and stood tall on a pedestal belting out his rendition. His vocal abilities made it so he could deliver the meaning of the lyrics to the audience without resorting to any sort of theatrics needed by many to pull off a performance. What also lends credibility to his rendition is that his background and life actions allowed him to assert a genuineness others couldn’t hope to approach.

Another surprisingly wonderful performance of the song comes from Judy Garland, as it really showcases her abilities as a singer. Her vocals just about knocked me over the first time I heard them. She delivers the pain of the song with a disturbing ease.

From Al Jolson to Jim Croce, there are a multitude of notable recordings of this historic and challenging song. Take a moment out of your day to revisit some of these and immerse yourself in this true masterpiece.