No Emmy for Sinatra 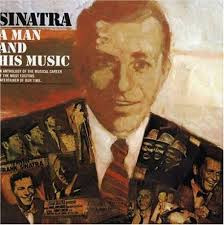 When you look at Frank Sinatra’s Emmy bio it says, 0 wins, 3 nominations.  That’s almost unbelievable.  His shows have won Emmys, such as A Man and His Music, but he was never handed the coveted television award himself.  With all the television specials, programs, and appearances, you’d have thought he would have won a few, but I think the reason he didn’t becomes obvious when you look at the times he was nominated, such as in 1974 for his Magnavox Presents Frank Sinatra special, and he was up against Barbra Streisand, John Denver, and the eventual winner, Lily Tomlin.  So, why didn’t he win? Hey, he probably should have, but there was some great competition.

And that leads to the real question - where have the variety shows gone?  The Dean Martin Show was amazing, as was The Sammy Davis, Jr. Show.  There was also The Carol Burnett Show, The Danny Kaye Show, Donny & Marie, Jackie Gleason, Jerry Lewis, Jim Nabors, and so many more, but today there only seems to be late-night talk shows.  The closest thing in prime time that I can think of may be America’s Got Talent, but that’s just not the same formula.

What do you think the reason is for the network’s current hatred of variety shows?  Would the potential stars ask for too much money?  Is it just cheaper to push reality shows at us?  Would there be a problem attracting quality guests?

Who would be a good candidate for a variety show today?  Justin Timberlake seems capable.  Lady Gaga, Miley Cyrus, Ryan Gosling, Jay-Z, and the multi-talented Jim Carrey could be other possibilities and, although none have that Rat Pack appeal, with the right people around them, it could be a very entertaining show.

I, for one, would love to see what stars today are capable of and learn more about them in the more intimate setting of a television program.  Maybe some day variety shows, like vinyl records, will make a comeback.