My Wishes for a Merry Little Christm 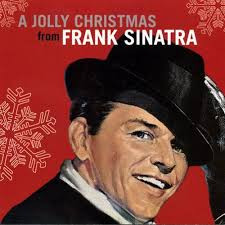 The thing is, he loved the holidays. Daughter Tina said, “You can see he was just a kid at heart when it came to birthdays and holidays,” so I guess it comes as no surprise that Frank would feel joyous about his Christmas tunes.

For someone who experiences emotion as deeply as Frank Sinatra did, Have Yourself a Merry Little Christmas is the quintessential holiday song because it strikes the perfect balance of happiness and melancholy.

Introduced for Judy Garland in the 1944 movie Meet Me in St. Louis, it was originally very dark, but was changed after Garland and the cast questioned its bleakness. The song’s composer, Hugh Martin, resisted, but eventually made it less depressing.

When Sinatra was preparing his 1957 album, A Jolly Christmas, he asked Martin to “jolly up” the lyrics, so the line that read, “Until then we’ll have to muddle through somehow,” was changed to, “Hang a shining star upon the highest bough.” That extremely melodic line along with a few other changes to make the song more joyous made all the difference in propelling the number to one of the top Christmas tunes in the United States today.

The Voice was able to take a good song and spin it into gold, a transformation he was able to pull off more than once over the course of his lifetime. Sinatra’s 100th year has been exceptional and I expect the good times to continue into 2016. For everyone who’s been a part of the celebration, I wish you a merry little Christmas and more.