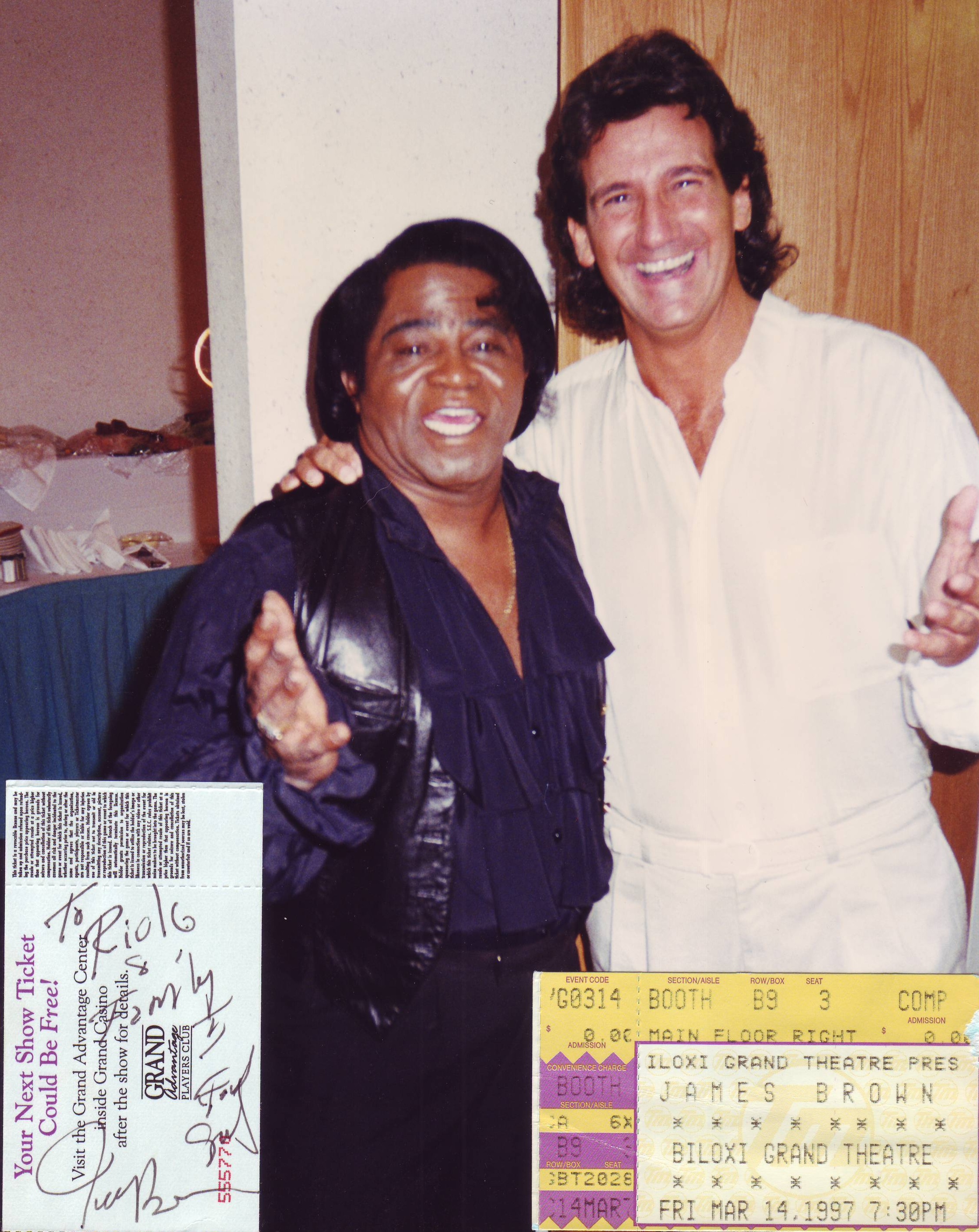 I was thinking about Brown because I came across a photo from 1997 when I met him at a concert at the Biloxi Grand Theatre in which he posed with me and signed my ticket.  Seeing him live and meeting him was enough to tell why he was called “the hardest working man in show business,” as he just never seemed to stop and he really knew his audience.

Like Sinatra, he had his demons.  Despite a strict “no drugs” rule early in his career, the demands of performing caught up with him and he ended up in rehab not long after the concert I saw.  Violence and run-ins with the law, including prison time, also plagued his career.  Sinatra had complete control of his voice and seemed similarly capable of bridling his personal life just enough to keep out of trouble, whereas Brown was completely untamed onstage, a bundle of raw emotion that shone both vocally and physically, and he was equally unable to contain himself with his personal affairs.

Take a look at his concert cover of Frank’s, “That’s Life,” it perfectly illustrates the differences in their lives – despite the subdued opening Brown is soon running on unmasked energy with restraint completely abandoned, and that truly was his life.

I’ve never seen anyone so capable of controlling a stage with an organized chaos that was simply a pure passion for performing as Brown was.  They both possessed that same passion, and the Godfather and the Chairman were able to achieve similar results with their legacies through different approaches.