I Love Lucy - How About You? 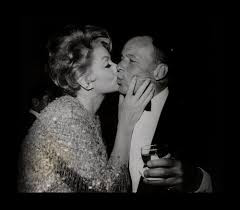 The CBS special featured two colorized episodes with cameos by Van Johnson in the first and Harpo Marx in the second and seeing both was a real treat.  Watching in color definitely took a little adjusting - there was a lot of it!  From the extreme orange of her trademark do to the odd muted orange of Van’s hair and the kaleidoscope of vibrant hues all over the set, you had to blink a few times to process it all.  Still, it worked; the quality of the film and sound was very good and the performers were stellar.

Watching Van Johnson, a big-time star from the old days, you recall just how talented actors needed to be back then.  Singing and dancing was the norm and Johnson was better than I remembered.  It didn’t hurt that the main number was a song usually attributed to Frank Sinatra - How About You?

From showing off on the dance floor in the first episode, Lucy killed it with her physical comedy skills in the second, literally matching the clown-like antics of Harpo Marx.  The sketch was amazing and it was fun to see Harpo doing his thing.

I hope you got to see it, it was an hour well spent.  I wish they still made sitcoms like that.  And the cool thing is, everything leads back to Frank in some way.