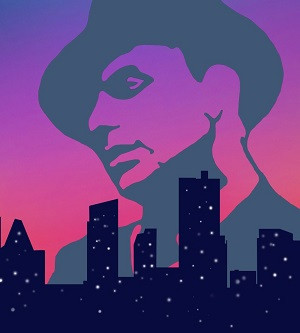 Tribute albums are a unique musical entity that, like any other genre, can range in scope from nothing better than a karaoke version of a particular artist’s songs to stirring, inventive renditions of one artist’s vision of anothers work that is really only limited by the imagination of the person delivering the tribute.

Of course, my Sinatra Forever CD/DVD box set is an example of a tribute album for Frank Sinatra. Just like every Las Vegas show I perform, the album contains my interpretations of “The Voice’s” music, but it remains true to myself as an artist. With “Sinatra Forever” I want you to hear something you won’t find anywhere else because I hope it will continue the experience – or even let you experience it for the first time – of one of my performances.

Frank has had many tribute albums made for him. Oscar Peterson delivered the first in 1959 by composing a jazz tribute called “A Jazz Portrait of Frank Sinatra.” In 1992 Tony Bennett released “Perfectly Frank;” 1998 saw “Manilow Sings Sinatra” by Barry Manilow; there was “Bolton Swings Sinatra” in 2006; “Ray Stevens Sings Sinatra … Say What??” by Ray Stevens came out in 2008; and there is even a heavy metal album with various artists that came out in 2011 called “Sin-Atra.” These are just a few.

The one that caught my eye, likely due to the perceived improbability of the two coming together, was an album that came out in 2005 titled “Blue Eyes Meets Bed-Stuy” put together by Jon Moskowitz, Dj Cappel & Smitty and featuring the music of Frank Sinatra and the Notorious B.I.G. (Didn’t I tell you it was an unlikely combination?!)

This is not your typical tribute album. It opens with Sinatra’s “New York, New York” bookending Biggie’s “Juicy,” speaking volumes about dreams and how they can come true despite odds that seem insurmountable – something to which both Smalls and Sinatra could have related.

Remember, when this was made, both artists were long deceased, so we’re looking at a new sort of artistic interpretation where DJs are splicing available content to produce something that reflects their vision. It’s an ingenious concept that deserves a listen, but be warned, there are explicit lyrics.

New artistic expressions are necessary for growth and an important part of culture and when they’re combined with something as complimentary as a tribute album, the result can be even more fulfilling.