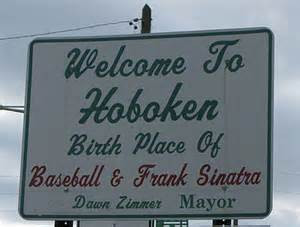 Frank Sinatra is as American as apple pie and baseball and he’s got the ball card to prove it – in 2011 Topps issued a card in his honor for their American Pie card set. Ol’ Blue Eyes embodies all that is wonderful about America, rising from virtually nothing to become, perhaps, the greatest pop legend of all time. He was proud of his country and spent a great deal of time, money and effort making it a better place.

One of my favorite summer traditions is sitting down with some snacks and an apple juice or two to watch baseball’s all-star game on television. When Seattle’s Felix Hernandez came in to pitch the third inning, Fox commentator Harold Reynolds spoke about the number of different pitches he had command of, saying “I asked Felix a few years ago, what is your best pitch? And he said, ‘All five.’” I believe it was Joe Buck that responded, “That would be like asking Sinatra what his favorite song was.” The Chairman of the Board is still very much relevant in today’s popular culture.

Of course, 1949’s box office musical hit, Take Me Out to the Ball Game with Sinatra and Gene Kelly proved that a baseball film could be a success with both genders and the smooth good looks of The Voice himself definitely didn’t hurt making that happen. The middle infield duo (Frank at second and Gene at shortstop) sang and danced their way into the hearts of many.

Entering Hoboken, New Jersey you’ll see a sign letting you proudly know that the city is the “birth place of baseball and Frank Sinatra.” The New York Base Ball Club beat the Knickerbockers 23 to 1 in 1846 in the first officially recorded, organized ball game.

One of my favorite Frank Sinatra photographs shows him as an excited 23-year-old meeting Lou Gehrig during the 1939 World Series before the game that would have been the last time Gehrig suited up in a Yankees uniform before passing away because of ALS.

Frank Sinatra and baseball go hand-in-hand as American legacies, so I’ll leave you with a beautiful arrangement from his 1973 album, Ol’ Blue Eyes Is Back, There Used to be a Ballpark Right Here.