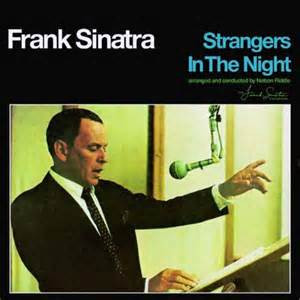 I love comedy. It captured me hook, line, and sinker from a very young age, as the photo of me doing an impression of Stan Laurel when I was a mere seven years old can attest. The ability to make someone laugh and make a statement while doing it is a truly unique gift that I believe is important to the mental health of our society, which is why I appreciate comics of all genres.

The Rat Pack all had a sense of humor. Still, many may be more likely to picture Frank Sinatra telling you to mind your business before cracking a joke, but Ol’ Blue Eyes may have influenced comedy even more than you realize. Take a listen to the song, “Strangers in the Night.” Go ahead, I’ll wait right here. What’s the most memorable part of the song – omit the fact that Sinatra has called the song, “a piece of s***?” Chances are you’ll remember the bit of improvised scat at the end of the recording, “doo-be-doo-be-doo.”

What’s that have to do with comedy? Well, the most memorable cartoon dog of the ‘70s and one of the most of all time, Scooby-Doo was named because of that scat when CBS executive Fred Silverman changed the dog’s name from Too Much. In fact, without name changes, the cast would have been Geoff, Kelly, Linda, W.W., and Too Much – doesn’t that sound more than a little weird? Apparently Silverman found that line inspirational as he was flying to a development meeting for the show. The rest, as they say, is history.

I always inject humor into my shows and if you love to laugh, I highly recommend catching Mike and Mark’s Dry Heat Classic July 16th and 17th where I’ll be showing off a little for a great cause.