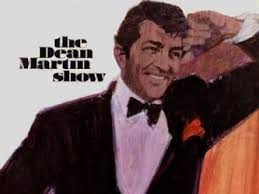 Can you imagine what some actual Rat Pack New Year’s Eve parties must have looked like?  They must have been some unimaginable clambakes!  With Ryan Baker, Doug Starks, and I partying at Don Laughlin’s Riverside Resort Hotel and Casino through New Year’s Eve, I was reminded of the time The Dean Martin Show fell on New Year’s Eve and he invited a special guest to ring in 1971.

The Dean Martin Show aired 264 programs from 1965 to 1974 and each was a blast, featuring a different special guest star, two solo songs by Dean, and often-humorous medleys with the guests.  Martin was reluctant to do the television show though; he was afraid it would cut into his movie and nightclub performances, so he included some outrageous demands to the network: a really high salary and a stipulation that he only have to show up for the actual taping of the show.  To his surprise, they agreed.

For New Year’s Eve in 1970, that night of nights to hold a party, his special guest star was Frank Sinatra.  I can’t help but think they figured on having a regular shindig right on the air.  Given the era, there were some pretty crazy numbers; the medley featured Dean and Frank on stage seated in bar stools while four midriff-exposed dancing singers in pants suits, referred to as the “Dingalings,” energetically circled them in song.  One line the girls sing ends with the lyrics, “I enjoy being a ding-a-ling.”  Yes, it was a regular Rat Pack party right in prime time!

And now, nearly 50 years later, you can have a similar experience at the Riverside by joining us at 9pm on New Year’s Eve to welcome in 2018.  Come and party with the Pack!