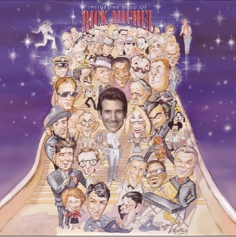 World-renowned magician and philanthropist Michael Finney will be hosting the Dry Heat Classic Tournament in Chandler, Arizona on July 11-13 at the Wild Horse Pass Hotel and Casino. Finney is known for his comedic magic performances on shows like the "World's Wildest Magic" aired on NBC. Historically, this golf tournament has raised almost a million dollars for organizations such as The United Phoenix Firefighters and The Thomas J. Pappas School for Homeless Children.

Rick Michel is joining other comedians on stage during the All-Star Comedy Show to drive continued charity funds for The Michael Finney Foundation. Make sure to get your tickets early and explore the luxurious Wild Horse Pass Hotel & Casino, which boasts casino games, immense swimming pools, and gourmet dining options. Visitors and residents in Chandler can take advantage of the summer season by registering for the golf tournament. Sign ups will begin at the Wild Horse Pass Ballroom at 5 p.m. on Thursday, July 11. The festivities will continue throughout that night, with a special dinner and silent auction.

The tournament will kick off at the Southern Dunes Golf Club on Friday, July 12th. Participants can dine on the golf course and then catch the All-Star Comedy Show later that night. At 7 p.m., Rick Michel will join many other nationally acclaimed stars, such as Oscar Munoz, David Gee, and Greg Wilson. You don't need to play in the tournament to take advantage of this exciting night of comedic gold. All audiences are welcome to attend the show by purchasing tickets from the Wild Horse Pass Hotel & Casino. Tickets are $25 and can be purchased by calling the Box Office at 1-800-946-4452, extension 7370. Don't miss this opportunity to give to charity and meet these masters of comedy!