After Martin and Lewis 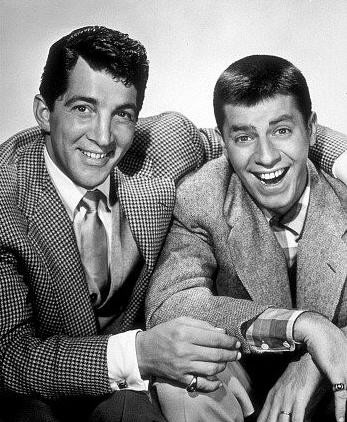 It was in 1956, exactly ten years after they partnered, that Dean angrily left the act. Usually referred to as laid-back and even-tempered, there must have been a great deal of toxicity in the relationship to leave them not talking for close to twenty years.

Within the next few years Martin would show his skills as a great dramatic actor in movies such as The Young Lions, Some Came Running (his first film with Frank Sinatra), then the acclaimed Rio Bravo.

Musically, 1956 saw his first number one hit single with, “Memories are Made of This”. As he developed his own vocal stylings, America, and the world, fell in love with his distinct crooning smoothness and his career really took off.

This was also the time of the Rat Pack, which only served to amplify the success of its members. This allowed him to continue to show off his ability to feed off stage partners with ad-libbed gems that left audience’s heads spinning.

Meanwhile, Jerry Lewis continued his comedy success, but his appeal had arguably plateaued. He even tried to launch a recording career with an album titled, “Jerry Lewis Just Sings”, but that just never took off for him.

When Dean Martin is mentioned today, the Martin and Lewis era is essentially a distant memory due to the success of his recording, acting, and Rat Pack performances. So, pay attention to the straight guy when you are watching successful comedy acts, he or she may just be the real deal.