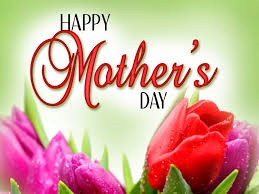 What do flowers, candy, and telephone calls have in common? On Mother’s Day, they represent love. Mother’s Day is the busiest day of the year for telephone calls and this Hallmark holiday accounts for one quarter of all flower sales. The day to celebrate Mom falls on May 10th this year, so pick up that telephone and give her a jingle.

Mothers certainly played a big role in the lives of Rat Pack members Frank Sinatra, Dean Martin and Sammy Davis, Jr. Dolly Sinatra was a talented singer and tireless supporter of her son, who even landed The Voice a spot in his first group, The Three Flashes, which became The Hoboken Four with Frank. She was prominent in his life until her death in a plane crash at the age of 82 when she was on route to Sinatra’s Las Vegas concert from his home in Palm Springs.

Dean Martin’s mom, Angela Crocetti, appeared in 1955 on her son’s television show, The Colgate Comedy Hour, a show that Martin hosted with Jerry Lewis for six seasons. That same year he sang “I Know Your Mother Loves You” for the film “You’re Never Too Young,” so I think that’s a fine song for this holiday.

Sammy’s mom, Elvera Sanchez, was a chorus-line dancer with a long career and would go on to be an adviser to the New York Committee to Celebrate National Tap Dance Day. She lived to see 95, passing in 2000, ten years after the death of Davis. I can’t help but wonder if Sammy would ever think of memories with her while performing the song that would become iconic for so many of our childhoods, “The Candy Man.”

My mom continues to mean the world to me, so it’s certainly fitting to leave this post with Nancy Sinatra’s song, Happy Mother’s Day. Grab the phone and make sure your mom knows how important she is to you!