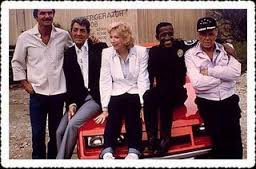 Jupiter, Florida, look out!  I’ll be in town February 3rd, 2017 for a one-night performance of Sinatra Forever at the Maltz Jupiter Theatre - a sort of Frank Sinatra/Burt Reynolds reunion.  Does anyone remember the Cannonball Run movies of the early ‘80s?  They were a high-energy fun-filled blast, which undoubtedly contributed to their success at the box office and they took place right when the Maltz Jupiter Theatre was headlining some very big names.

You see, this theatre began life in 1979 as the Burt Reynolds Dinner Theatre and attracted some huge names while treating eager audiences to Broadway-quality productions.  This lasted for about ten years, when Reynolds leased the theatre out and it started to run into some financial difficulties, finally shutting its doors in the ‘90s.

Today it is a not-for-profit public charity and operates as a thriving state-of-the-art 617 seat regional theatre, providing top-notch entertainment to more than 100,000 people annually.

By all accounts, the Rat Pack had a great time filming the Cannonball Run movies.  In an interview last year, Reynolds told how Sammy was often cooking and keeping the Pack in stitches with his comedy.  About Frank, Burt said, “He was also a caring and loyal friend, and a gracious host. He had so many house guests that people began calling him ‘the innkeeper’.”  Can you imagine the fun that set would have been?

It will be my first time performing at this venue and I’m really looking forward to it, but if you haven’t already purchased a ticket, I have some bad news: you’ll have to put your name on the waiting list because it’s SOLD OUT!  Florida is one of my favorite states in which to perform, especially in February, so it’s going to be a real shindig.